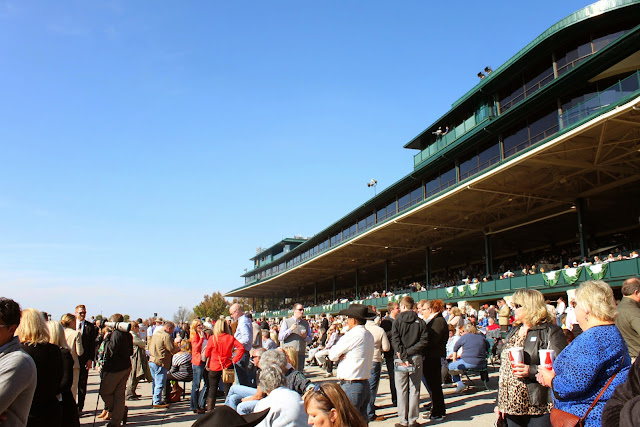 While I’ve been to the Aiken Steeplechase in the past, Kentucky is on another playing field when it comes to horse racing. And while the Kentucky Derby is certainly the most well known, it’s Keeneland that brings in true horse lovers from both Lexington and around the country. The track opened in 1936 by leaders in Thoroughbred breeding as a non-profit facility. The races, held regularly in April and October, have some of the biggest prizes in North America. It’s also the world’s leading Thoroughbred auction house, boasting past champions from the Breeder’s Cup, Preakness, Kentucky Derby, Belmont and many more. If you’re interested in the history side of Keeneland, you can take tours of the facility, watch the morning workouts or check out the Keeneland Library.

1. Know the schedule. Races are only in October and April, so schedule your visit during this time. But be sure to book a hotel room in advance, as many places are sold out during big races. There’s also a college day, where University of Kentucky and Transylvania University students are admitted for free, as well as other special events.

2. Dress the part. As with other horse races in the South, you’ll see lots of dressing up as Keeneland is the place to see and be seen. This is especially important, as in many parts of the facility, you won’t be admitted in denim or athletic shoes. In the fall races, you’ll see lots of boots and scarves, especially when it’s cold in the grandstands. In spring, you’ll see the standard pastels and seersucker. 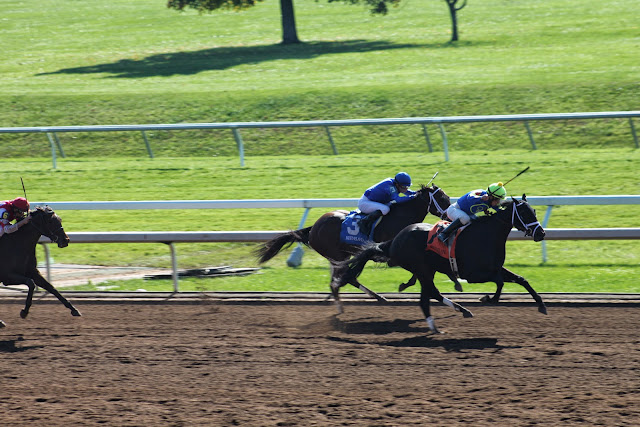 3. Get a seat. Admission ranges depending on what you want. General admission is $5 and does not include a seat, but you can grab a bench or bring in your own lawn chair. Many of these ticket holders end up hanging out in the sports bar for views on the television screen. Grandstand seats range from $5-10, depending on the race. Boxes are hard to come by, as they offer some of the best views, but are passed down by families. The clubhouse level, open only to members, also has windows facing the course.

4. Place your bets. Gambling is a big part of horse racing, but if you’ve never done it before, fear not. There are desks around the track with people called “BETologists” to help you wager on the right horse or answer any questions you may have about how it all works. Bets typically start at $2. 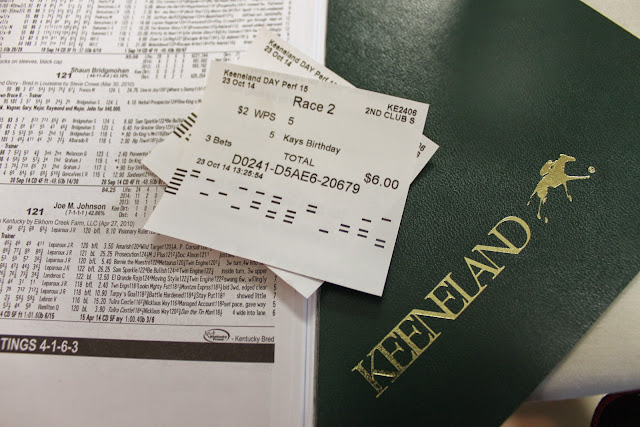 5. Grab a bite. During your day at the races, you’ll surely want some food and drinks and Keeneland has plenty of options. Basics like hot dogs and chicken fingers are available on the general admission level, as well as beers costing around $6 and cocktails ranging from $7-15. The clubhouse also has a restaurant where you can get favorites like the Hot Brown or a Reuben.

6. Make a plan. As Keeneland is located a few minutes from downtown Lexington, you’ll need to arrange a way to get there. If you’re interested in tailgating, you’ll want to get there early for free parking. Additional parking and valet is also available for a fee. The Lextran trolley runs from many locations to the track for a fare of $1. If you’re in a big group, it’s smart to arrange a shuttle for the duration of the day. Otherwise, try Uber and Lyft, both of which run in Lexington. Just remember that traffic can get hectic leaving the race, so you might want to leave early or plan extra time.