Visiting Walt Disney World Resort in Orlando, Florida is a major undertaking, so we’ll be breaking up the parks into their own posts. These tips are recommended for first-timers who have never visited the parks before but are starting their visit with the Magic Kingdom, the most popular of the four.

This park is where you’ll find the majority of the well-known characters, rides, and experiences, centered around Cinderella’s Castle.

Also, consider the daily events that take place at the Magic Kingdom. They could be a character appearance or a parade. Others might be stage shows, street performances, or fireworks. Be sure to check the website before you go.

If you only have one day or one park to visit, it’s likely this one. As soon as you arrive at the Magic Kingdom, grab a map and a times guide. This will tell you what the hours are during your stay and how late the Monorail runs.

It also includes times for events like the fireworks and parades. As of publication, tickets start at about $100 USD per person.

Similar to Epcot, Tomorrowland and its attractions take inspiration from the future. This is a good area for the older kids and using your Fast Pass on Space Mountain is highly recommended.

Astro Orbiter is a slow spinning ride that is fun for younger visitors, inspired by spaceship takeoff. Buzz Lightyear’s Space Ranger Spin is an interactive ride where space rangers must fire their laser blasters at Evil Emperor Zurg.

Space Mountain is one of the most beloved rides at Walt Disney World and is a roller coaster in the dark. Tomorrowland Speedway is a driving track appropriate for younger visitors.

Monsters Inc Laugh Floor is a Monsters Inc-themed comedy show. Stitch’s Great Escape is a moving theater experience. Walt Disney’s Carousel of Progress is located in a revolving theater and is an animatronic show featuring the progression of technology.

Enjoy the casual and quick dining in Tomorrowland. In addition to these restaurants, there are also some special dining options for fireworks viewing and special events. Auntie Gravity’s Galactic Goodies has ice cream, smoothies, and milkshakes.

Cool Ship is known for its churros with chocolate sauce. Cosmic Ray’s Starlight Cafe resembles a 1950s diner with burgers and sandwiches.

Fantasyland has more rides that are appropriate for young children and is where many of the favorites are located. You’re also likely to see the well-known characters in this area.

The Barnstormer is a kid-friendly coaster and Dumbo the Flying Elephant revolves and goes up and down. Another classic is It’s a Small World, an indoor ride with animatronic characters from around the world. It’s fun for all ages and nice to get out of the sun.

Go for a spin in the teacups at Mad Tea Party. The Many Adventures of Winnie the Pooh is a slow ride through the Hundred Acre Wood, as is Peter Pan’s Flight, which features the gang from Neverland.

All ages are welcome on the Prince Charming Regal Carrousel. Seven Dwarfs Mine Train is a fun family coaster inspired by the Snow White and the Seven Dwarfs.

Casey Jr. Splash N Soak Station is where kids can cool off from the Florida heat with water features. Admire Cinderella’s Castle or meet the woman herself at Enchanted Tales with Belle. Mickey’s Philharmagic is a 3D movie musical featuring some of your favorite Disney tunes.

This area has plenty of quick dining options. Cheshire Cafe has pastries and coffee, while The Friar’s Nook is known for its tater tots, which come smothered in bacon, cheese, and buffalo chicken.

Snack on light bites at Gaston’s Tavern like ham sandwiches, chocolate croissants, and cinnamon rolls. The decor at Pinocchio’s Village Haus is straight out of a storybook and they have lunch and dinner items like stromboli, pasta, and flatbreads.

Be Our Guest Restaurant is the hardest reservation to acquire and is one of the most expensive onsite eateries, inspired by Beauty and the Beast.

The American and French-inspired menu includes escargot, filet mignon, and bouillabaisse. It has character encounters and is open for breakfast, lunch, and dinner.

Cinderella’s Royal Table is a similar experience, also hard to come by and expensive. They offer meals all day, including items like pork shank and seared chicken breast.

This area takes its inspiration from the Wild West and the early days of America.

Big Thunder Mountain Railroad is a fun roller coaster that winds through a gold mine and is ideal for FastPass use.

If you’ve ridden all the rides, catch the Country Bear Jamboree show or try your luck at the Frontierland Shootin’ Arcade. Tom Sawyer Island is another favorite, an adventurer’s playground taken from the pages of the books.

Liberty Square is the Magic Kingdom’s American area. It doesn’t have many rides but is a nice place to relax.

The only real ride is the classic Haunted Mansion, but it’s not too scary for most visitors. It winds its way through the mansion, seeing ghosts and other creatures along the way.

Get up close with 44 American presidents at the Hall of Presidents or hop on the Liberty Square Riverboat.

For such a small area, there are plenty of dining options in Liberty Square. Columbia Harbour House has a little bit of everything, from chicken pot pie to lobster rolls.

Liberty Square Market has quick snacks like turkey legs and hot dogs. Sleepy Hollow has breakfast and snacks like corn dogs, waffles, and breakfast sandwiches with coffee and cold drinks.

The Diamond Horseshoe is more of a show with live music and cowboy cuisine like beef brisket and pulled pork. Liberty Tree Tavern is modeled after a colonial New England inn with fish and chips, meatloaf, and turkey pot pie. Both have table service.

You’ll enter at Main Street USA, which creates a bottleneck in front of Cinderella’s Castle. Decide if you want to go clockwise or counterclockwise.

Main Street USA is one of the first entry points for the Walt Disney World Railroad, which runs around the Magic Kingdom. Main Street Vehicles are another way to see the park.

In this area, you’ll find the majority of the souvenir shops and some performances like barbershop quartets.

Visitors in Main Street have plenty of options for food. Casey’s Corner has hot dogs with all ranges of toppings, including vegan options.

Grab Starbucks coffee and pastries at Main Street Bakery, which come in special Disney cups. Cool off with a scoop or two from Plaza Ice Cream Parlor.

The Crystal Palace has a buffet menu and Winnie the Pooh character dining. They have breakfast, lunch, and dinner seatings.

The Plaza Restaurant serves Mickey waffles for breakfast and Southern-style entrees for lunch and dinner like the Kentucky hot brown sandwich and fried green tomatoes.

Indulge your sense of adventure in this appropriately named part of the park.

Jungle Cruise is a slow river cruise through recreated versions of landmarks in Asia, Africa, and South America. On the Magic Carpets of Aladdin, the ride spins and goes up and down. Pirates of the Caribbean is another longtime favorite with animatronic characters.

Getting to the Magic Kingdom

Buses operate between the parks, to Disney Springs, and to all Disney properties. Parking is available at the Magic Kingdom but driving isn’t necessary unless you’re staying offsite or planning on going to another Orlando park later in the day. The Monorail and watercraft can also be used to get to other resorts and parks.

Staying Near the Magic Kingdom

You don’t have to stay at one of the Disney resorts for your visit to the Magic Kingdom, but it can be nice for your first time. Hotels range in price from $50 per night campground sites to $500 per night luxury rooms.

Select one of the Magic Kingdom area resorts, including Wilderness Lodge, Contemporary Resort, Polynesian Village, and Grand Floridian. All have easy transportation to the park.

If you don’t end up staying at the Disney resorts, there are plenty right outside the gates to Epcot in Lake Buena Vista. The Sheraton is a resort with multiple pools and options. B Resort and Spa has amenities for adults and children alike. 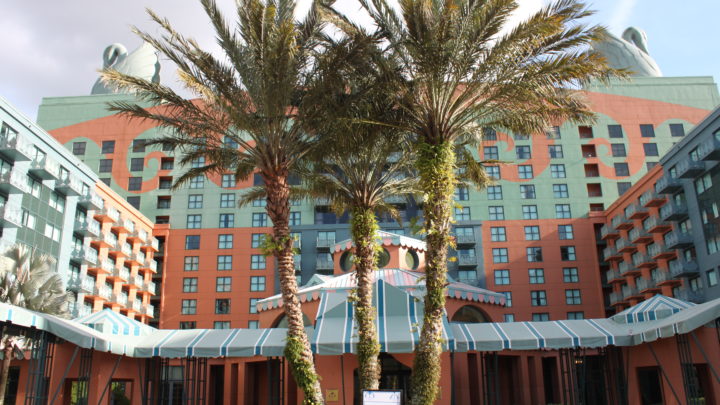 Book your stay in Orlando using one of our preferred partners.

Do you have your own tips for visiting the Magic Kingdom at Walt Disney World? Leave them below!

This site is managed by Reggio Digital.