Orlando, Florida is known for its theme parks and family-friendly attractions but the costs can certainly add up. Between the travel costs, souvenirs, hotel prices, and park entry, this trip will cost you what you might have budgeted for the entire year. But there are some ways to cut down on spending.

Tips for Getting to Orlando

If you live within a day’s drive of Orlando, driving can be the cheapest, especially since you can stop and see things along the way (like Weeki Wachee or Crystal River).

Florida has toll roads, so it might be economical to purchase a pass at the first visitors center upon entering the state. You can also pay by plate, which comes in the mail after you get home and you can pay online.

If you need to fly to Orlando, keep in mind that there are a few airports nearby. All international flights will come through Orlando International Airport, which services airlines coming from Ireland, Mexico, England, Canada, Israel, South America, and beyond.

TSA PreCheck or Clear is highly recommended as lines can be very long for security. It’s around 30 minutes’ drive from the theme parks, depending on traffic.

There are also flights from domestic budget carriers like JetBlue, Frontier, Southwest, and Spirit. These flights can be under $100 but expect to pay for extras like snacks, seat selection, and checked bags. It’s entirely possible to pack carry-on only for your trip.

Sanford Airport is another airport in the area that services flight from Allegiant, another budget carrier. Daytona Beach and Tampa are also closeby and have their own airports.

See our guide to what to pack for your trip to the theme parks.

There are a few options when it comes to getting from the airport into the theme parks. From Orlando airport, guests at some Disney hotels can take Disney’s Magical Express, a complimentary shuttle service. *Note: This service is ending by 2022*

Mears is a popular company for shuttles and taxis that can accommodate groups for the Orlando Airport Arrival Transfer. Lyft and Uber also service the airport and can get you between the parks.

Sanford has Attractions Express, a shuttle that goes to Universal Orlando. Both airports also offer rental cars but expect to pay for parking at your hotel.

And, of course, visitors to Orlando can also arrive by bus and by Amtrak train. The station is around 12 miles from the airport. The Brightline train will eventually connect from nearby Florida cities to the theme parks.

Decide before you go which parks you want to visit because each park costs over $100 per day per person. There are some price breaks for multiple days and discounts for membership programs.

It might be best to limit yourself to three park days. If you don’t do anything else, book your Universal Orlando Tickets and Walt Disney World Private Guide before you get to Orlando.

There are some ways to save a bit of money for ticket prices. TouringPlans is a great resource in terms of finding the best time of year to visit and other behind-the-scenes knowledge. It’s an annual membership program that is ideal for frequent visitors.

If you don’t want to sign up for an annual pass or aren’t a Florida resident, AAA members also receive discounted tickets. Some employers also have programs with cheaper tickets so ask around.

At Universal, express passes cost an additional fee on top of your ticket price but during certain times of year is very useful. At Disney, you can get a fast pass on certain rides for free but must book in advance.

If you want to catch a show while you’re at Universal, get discounted tickets to Blue Man Group through Groupon. You can also break up the park days with an afternoon exploring the attractions of International Drive.

Be sure to get your Universal 2-Day Park-to-Park Ticket – Plus Extra Day before you leave for your trip.

After park entry, accommodations will eat up the majority of your budget. Staying onsite at Walt Disney World and Universal Orlando Resort can be more expensive than those outside of the gate but come with unrivaled perks.

They include transportation into the park and early entry as well as fast passes. Both parks have a range of prices and Disney even has a campground. 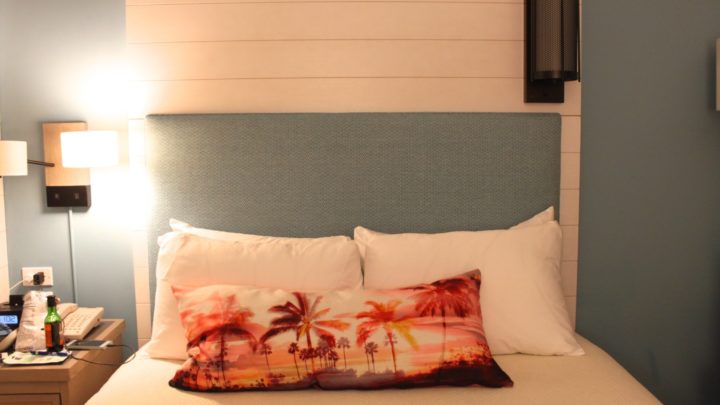 Sapphire Falls takes on a tropical vibe and is accessible to the parks by boat. 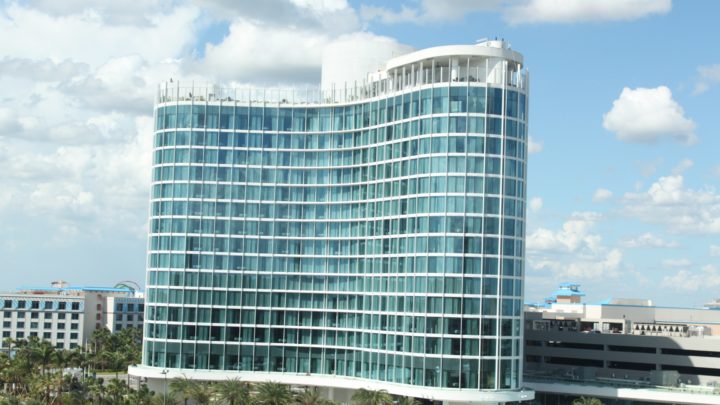 The millennial-friendly hotel is next to Volcano Bay and has a rooftop bar. 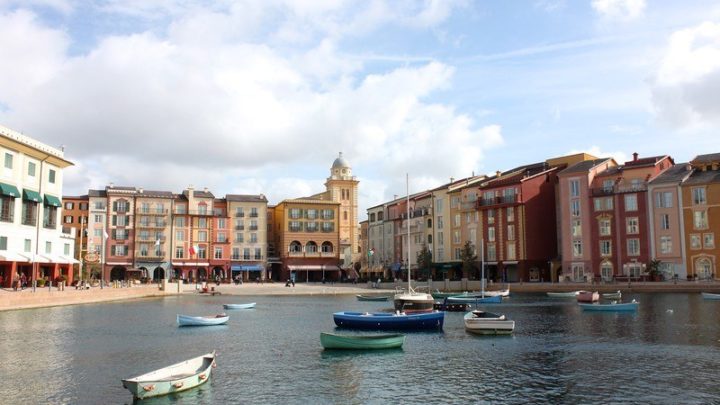 Inspired by Italy, rooms have balconies overlooking the piazza. 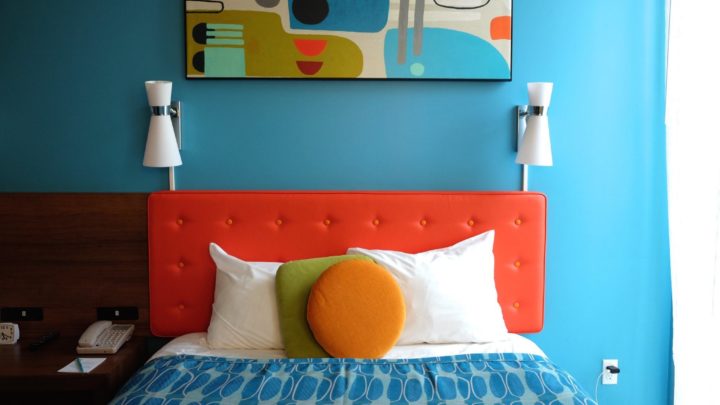 The family-friendly hotel is modeled after the 1960s roadside inns.

Nearby hotels also have shuttle services and free breakfast with rates at a cheaper price. Crowne Plaza Orlando Universal is a short drive from all parks and offers an outdoor pool, free WiFi, and a game room.

DoubleTree by Hilton Hotel Universal Orlando is also near the amenities of International Drive and has a free parks shuttle as well as its own rental car desk.

Disney Springs has some great hotels that include easy park access as well as Extra Magic Hours. Another option is condo and home rentals like Reunion Resort, which you can find on websites like VRBO, Booking.com, and Airbnb.

Saving Money on Food and Drink

There are delicious things to eat all over the theme parks so don’t think it’s all fried stuff! Epcot features dishes from around the globe and Universal has fantastic food as well.

But eating within the parks will add up. Most hotel rooms come with coffee makers so bring something light like granola bars to eat before you get on the bus.

Make lunch your biggest meal of the day and eat it on the early side before you get “hangry.” If you want to check out one of the restaurants within the parks, make a reservation or look into the meal plan options.

If you’d rather snack and try a bunch of items, like in Epcot, pass out gift cards so that you can limit how much money is being spent.

If you’re having dinner out at Universal CityWalk or Disney Springs (or even some within the parks), make a reservation to avoid long wait times. Some also have mobile ordering.

But if you get outside of the theme park areas, you’ll find reasonable prices and a greater diversity of options. International Drive, in particular, has a number of options, especially around ICON 360.

If you’re interested in having some adult beverages while visiting the theme parks, there’s a cheaper option. From Universal Orlando, there are places nearby that you can buy from like the Walgreens. Drizly also delivers to both theme parks.

Souvenirs and Other Tips

At Walt Disney World, a large part of the experience is collecting pins and choosing your style of Magic Band. These bracelets can be used as room keys, credit cards, and park entry. You can still use paper tickets but if you visit often, it can be helpful.

It’s easy to want to buy every little thing you see but set a limit before you get into the park. For many places, some of the same items are available in the parks as well as in the airport gift shops and online.

Pins are an ideal souvenir because they are small and affordable. The wands in the Wizarding World of Harry Potter are incredible but not cheap.

You definitely don’t need one for every family member. Broaden your horizon in terms of fan gear to pick up items online. 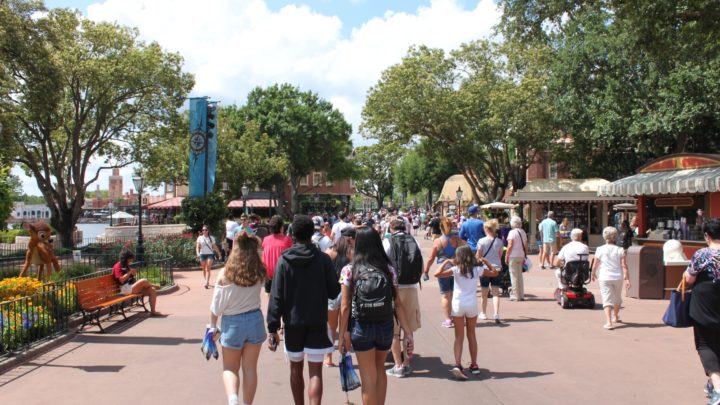 What to Pack for a Day at the Theme Parks

Don't leave for your trip without packing these essential items. 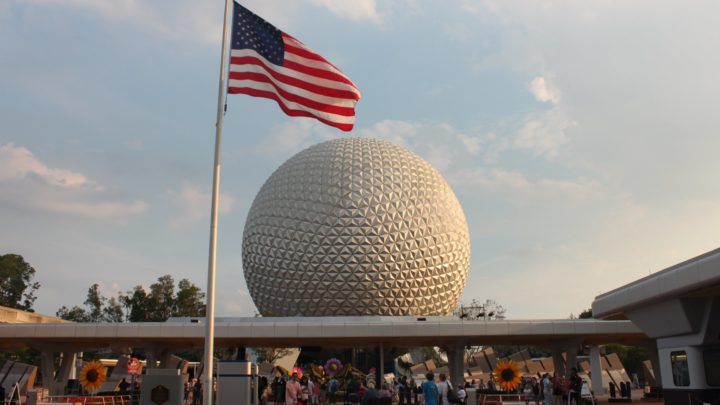 What to See at Epcot at Walt Disney World

Plan your day at the Experimental Planned Community of Tomorrow. 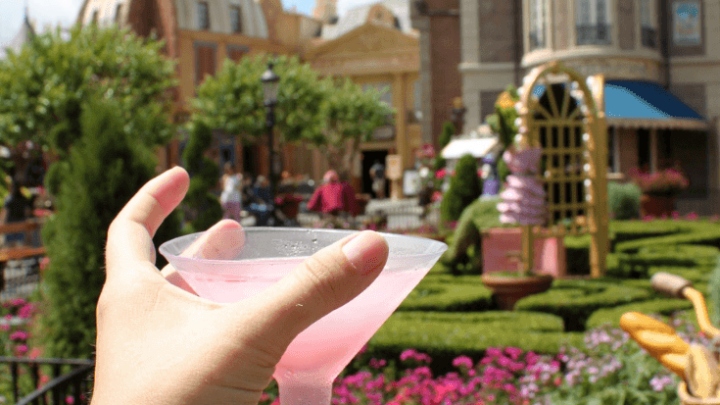 Epcot is known for its World Showcase that has food and drinks from around the globe. 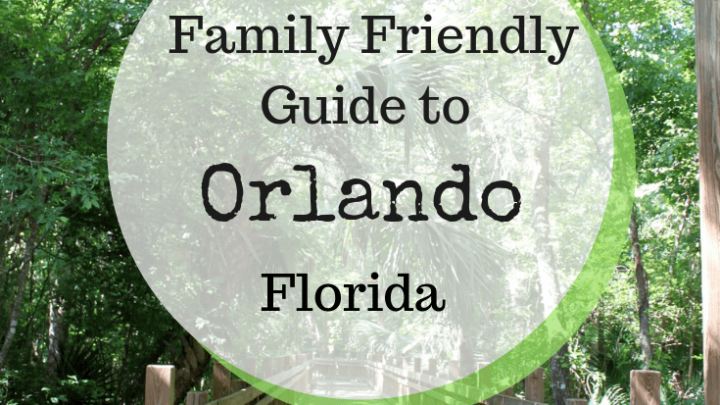 There's more to do with families than the theme parks, especially around International Drive.

Do you have any tips of your own to share?